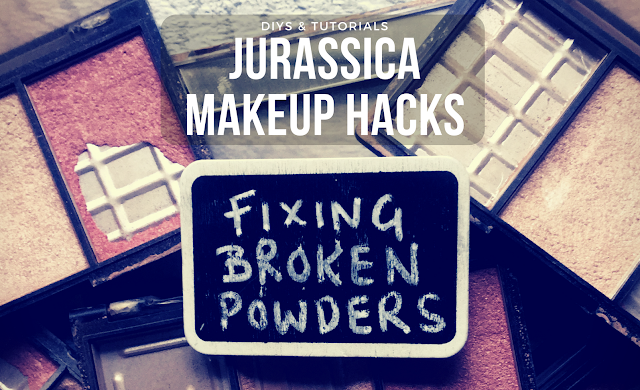 Who else has had this problem... you buy that highly coveted new palette of eyeshadows/ blushes/ highlighters... and your favourite shade inevitably smashes, ruining your makeup bag and your dreams 😖 Ugh! Read on for my tutorial on how to fix broken eyeshadows + powders! Saving you money, time and space❣️

Before I attended professional makeup school, smashed powders were one of my biggest beauty bug bears. The inconvenience, the wasted money and products.. the mess!!! Handbags and makeup bags full of smashed eyeshadows and powder means hours of cleanup, money wasted on replacement products and more clutter or unnecessary waste, which is never a friend to us or our planet! I may not be able to wave a magic wand that stops compact powders from breaking, as it's in the hands of the manufacturers to create packaging to prevent it, but I can pass on my knowledge, and teach you how to fix them when they do, as well as how to condense your powder palettes to minimise clutter!

The highlighter set featured in the video is Pro Supreme Highlighter Gold by Revolution. I found no less than 5 of these half empty palettes in my sisters makeup bag, and was able to condense them into 2 full palettes using the techniques in my video 🤗

Now let's get to it and learn how to fix broken eyeshadows! If you enjoy this tutorial please follow me / subscribe to my Jurassica Explains It All Youtube Channel so you don't miss my upcoming makeup DIY and tutorial videos, featuring tricks of the trade from a professional makeup artist (hey, that's me 😝)!

Thanks for watching! If you're into special FX makeup, you might want to check out my FX makeup tutorial post on how to create injury simulations using beauty makeup🖤 And as always, if you have any questions or comments I'd love to hear them, so get in touch!

TU(N)ESDAY: "IT'S JUST A BUNCH OF HOCUS POCUS": 8 SONGS ABOUT WITCHES AND WITCHCRAFT 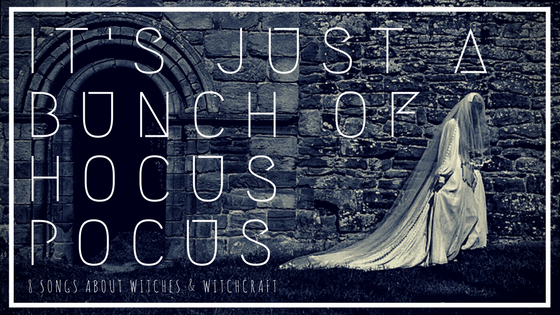 Well hello my loves! I'm back with another playlist, inspired by a week of witchy wonder, which has led me down yet another rabbit hole questing for knowledge! If watching Youtube documentaries and reading non fiction was a paying job,  I'd be sitting on a big ole pile of gold right now 😅

I doubt this will be my last post on the topic of witches or the paranormal! I have been enthralled by ancient practices and the parasciences since a young age. The landscapes of my childhood are rich with sacred sites and ancient ruins, bursting with history, legends and myths, such as the one in this weeks title image; White Ladies Priory in Shropshire. Where, surrounded by the energy of this 12th Century monastic site, I have made many fond memories whilst searching for answers to the secrets of the universe!

Despite my week of dark ages and the creeping white lady title image, this weeks playlist has actually turned out to be quite a jolly one, more in keeping with the witchy stylings of Samantha Stephens and Sabrina Spellman than The Three Witches of Macbeth! Mixing crooners, jazz, classic rock and folk! Enjoy!

"It's Just A Bunch Of Hocus Pocus"


I'll be back soon with some beauty tips I have been saving up... literally for a rainy day... as well as more music and witchy wonders!

Until next time, creep it real folks! 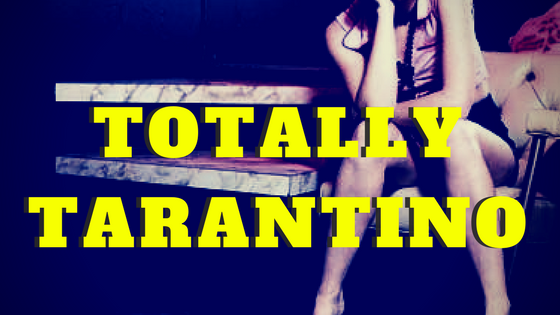 You know what I love almost as much as I love music? Movies. Movies driven by music? Now we're really talking! This week I'm practicing for an upcoming Electric Pollen gig, which usually means a lot of time spent with Tarantino soundtracks, as we play a fair few songs featured in his movies! So I figured that was the perfect theme for this weeks 'music in movies' playlist... Totally Tarantino!

Tarantino's use of the relationship between music and cinema really draws you in; setting the tone, driving the story, and your emotions, throughout. His enthusiasm for music in his movies explodes off the screen, ensuring him a firm place on many a 'favourite directors' list, including mine! 🎥

But you don't have to listen to me...here's an excerpt from an interview with The Guardian, where Quentin Tarantino answers questions about his use of music in his movies...


"Question eight: The music in your movies really adds so much to them. Two questions. Do you write with the music in mind, or does that come later? How do you pick the music?

As always let me know if you enjoyed this weeks tunes! I've been working on a series of playlists devoted to movies, so expect more movie content soon, as well as my next makeup tutorial on fixing broken powders (coming later this week)!

Anddd... If you're local and looking for something to do this Easter Sunday, check out the Nantwich Jazz and Blues Festival! Electric Pollen, (myself and Tom Callinswood), will be there playing blues, rock 'n roll and psychedelia, including a healthy dose of songs featured in Tarantino movies! Details here. Come get some pollination! ⚡️🐝 Tom will also be performing later in the day with Arcadia Roots, who you definitely should check out if you're in the area! 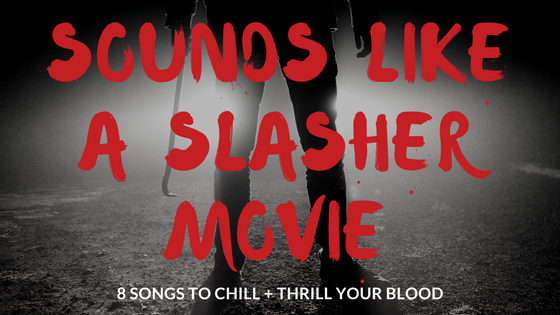 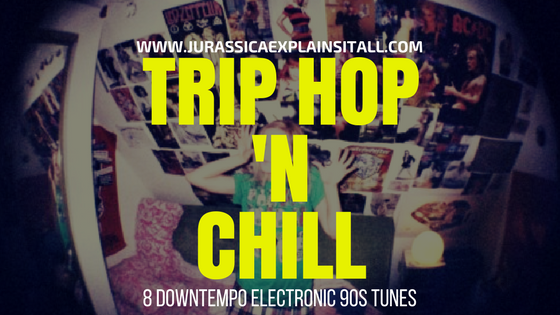 Hey guys! I hope your week is going well!

I'm back with another playlist, hoping to balance out the anger of last weeks Rage in the Cage with some of my favourite electronic chill out music of the 90s 😅

Theses tasty babies sound delicious be it sunny, snowy or showering with rain, I hope you enjoy!!


Follow me for more playlists, to suit all moods, as well as makeup adventures, hacks and tutorials! 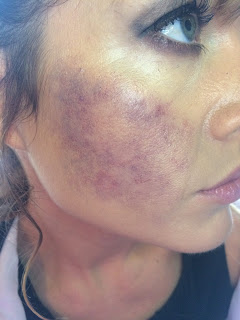 TU(N)ESDAY: RAGE IN THE CAGE: 8 METAL JAMS TO VENT TO 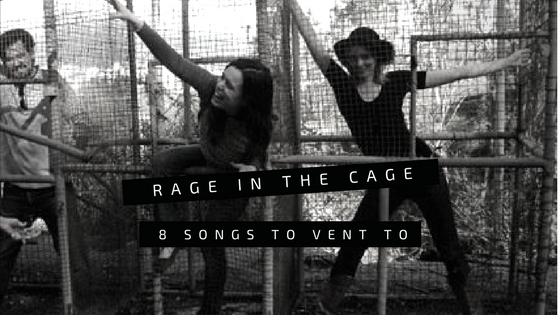 Hello, hello my dears! Well, March is off to a cracking start! Despite the mild chaos and deep freeze from Storm Emma, Spring is finally breaking through! I'm starting to settle into my new self-employed life, after what feels like years of preparation, and my diary is booking up nicely! With the warmer Spring air and blooming opportunities, I feel like I can breathe again! Don't you just adore Spring?!

Yet.. our internet is still down😤

So although I am feeling remarkably peaceful this week, I am going to share a playlist I put together recently that is entirely un-peaceful haha! Dedicated to our Wifi provider, (who ordinarily I would name and shame, but I'm not about disturbing my peace by inviting negativity in today)😇


Here's a bit of Jurassic trivia for you...when I was in college, an ex of mine and I went to see American Headcharge play a show, both dressed as the nurse in the music video on the above playlist. The band saw us and invited us onto the stage to dance during the song with them, so of course we did! 🤡👩‍⚕️

As always, let me know if you enjoyed this weeks jams! I'll be back with another adventures of a makeup artist post later, it's a goodun!! And be sure to follow me on Instagram for more behind the scenes on my Jurassic adventures! I might just have a few rage-in-the-cage throwbacks to share this week😝